This is the ninth in a series of blog entries about the songs on the upcoming album “Hello Cruel World”, to be released January 2012. 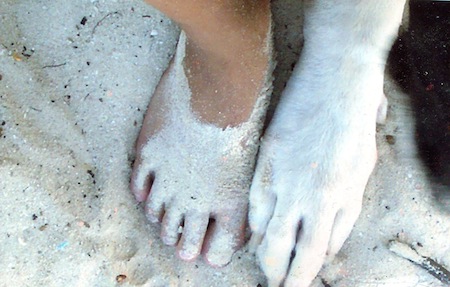 i worship no idol i seek no god

i don’t believe in no holy jihad

i don’t believe in original sin

i believe in the heat underneath our skin

When we’re children we enjoy ourselves without self-consciousness. Then somewhere along the way we stop trusting pleasure. Our puritanical inheritance kicks in and our animal selves check out. We start to buy the idea that the carnal is, if not evil, at least base. And the schism between the mind, the heart and the body deepens, until our souls are so out of whack that we do something radical. Maybe something that looks like a midlife crisis, or a cri de coeur, or the act of a crazy person. But in this world awash in craziness – people mowing each other down in WalMart to buy televisions, churches exhorting their congregations to hate – is it so crazy to stop worshipping at their altars and turn towards home, and each other?

They say religion is for people who are afraid of going to hell; spirituality is for people who’ve already been there. We look for sustenance in a junk food world. Not so surprising that we find it by using our senses – the ones we were born with. Made in God’s own image, indeed.

when the Great Correction finally comes

goin’ back to the garden where we come from

gonna sow our seed in the good sweet ground

and let our love come tumbling down

In The Round with Steve Seskin, Gretchen Peters, Lauren Weintraub & Marc Beeson ~ a benefit for Alive Hospice