This is the tenth in a series of blog entries about the songs on the upcoming album “Hello Cruel World”, to be released January 2012. 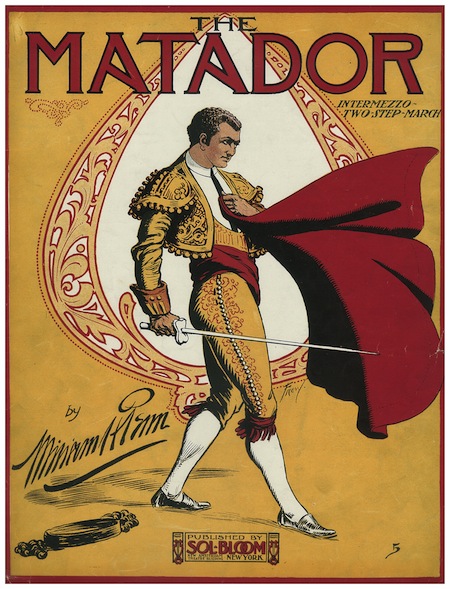 I threw a rose to the matador

Not sure who I was cheering for

My aim was true, my heart was full

I loved the fighter and the bull

Federico García Lorca describes the Spanish concept of duende as a kind of dark spirit, a creative power which seizes an artist and brings forth the deepest, most elemental creation. The artist does not surrender to the duende, but battles it, “on the rim of the well”. The power of the duende is such that it takes control not only of the performer but also the audience. We’ve all felt it when the hairs on our neck are raised by a singer in thrall to a song, when we inexplicably cry at the turn of a phrase. Duende brings the artist “face to face with death.” But what about his audience, and the woman who loves him?

To fall in love is to lose oneself temporarily. To be pulled into another’s world. To love an artist like this is to be pulled into the furnace of his creative fire, to be swallowed whole by his world. And to resign oneself to being a spectator, at times. But oh, the view.

I bound his wounds I heard his cries

I gave him truth, I told him lies

Click here to watch the music video of “The Matador”

In The Round with Steve Seskin, Gretchen Peters, Lauren Weintraub & Marc Beeson ~ a benefit for Alive Hospice