Our 2015 UK tour has been finalized and several of the shows are already on sale. I’m so excited to be bringing a band with me this time – something I’ve never done before on a UK tour. The lineup for the “Blackbirds” tour is: Barry Walsh – piano, accordion & vocals; Christine Bougie – lap steel, electric guitar & drums; and newest addition Conor McCreanor on bass. I’m really looking forward to hearing these great musicians flesh out the arrangements on new songs and old ones. All UK tour dates are listed below and in the tour section of this website.*

*Please note there are no dates for Ireland, The Netherlands or Germany, but don’t worry – we’ll be coming back over to play for you folks later in the year. 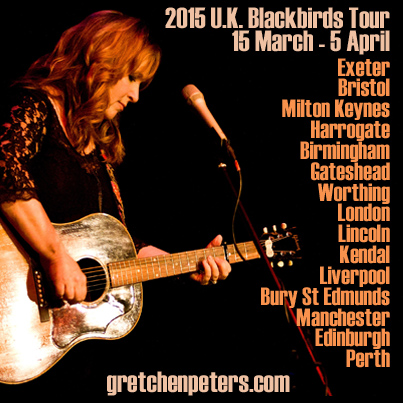