The best Christmas present I received this year, by a mile, was learning from President Barack Obama himself that I’m on his iPod! A few days before Christmas, my husband Barry Walsh (whose full name, when he’s writing to Presidents, is James Barry Walsh) received a personal response to a letter he’d written to Obama. That would have been gift enough, but the next sentence was a complete shock, in the best of all possible ways. I’m beyond proud to count President Obama as a “big fan” (the feeling is mutual, sir)! 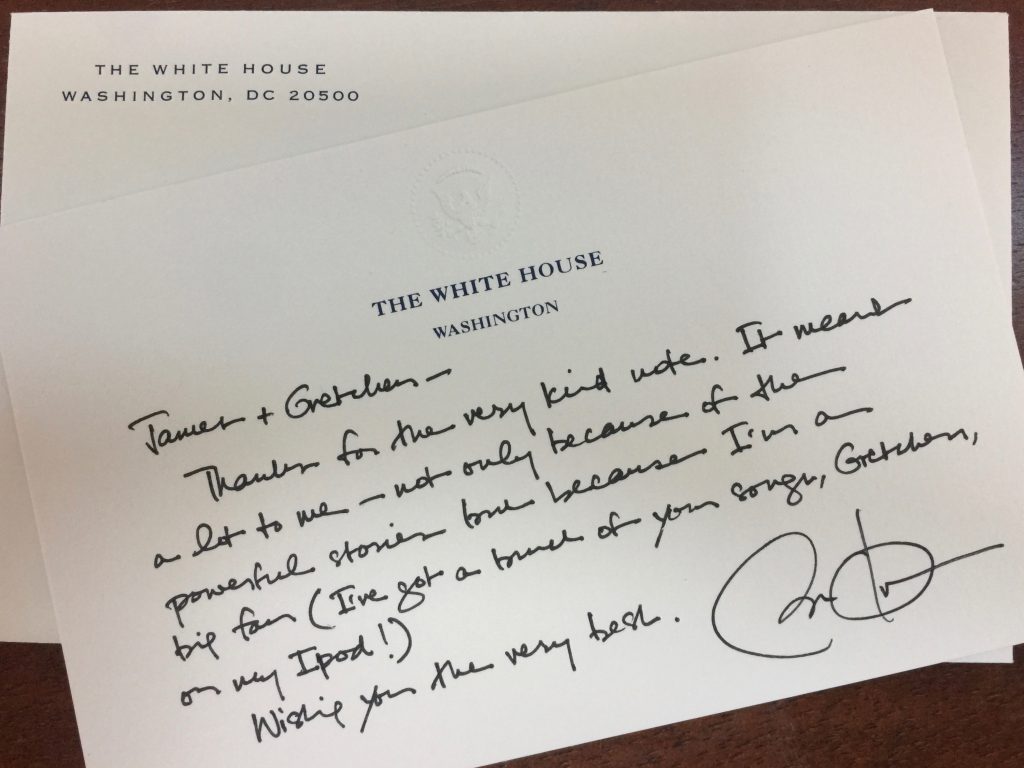