There is no loss so uncomplicated as that of a beloved animal. In a relationship unadulterated by conflict, baggage, or ambivalence, the pain is sharp and pure. On Wednesday, we lost our dear Nigel, companion of 12 1/2 years, at the ripe old age of 14 1/2 or thereabouts. He found us in 2005 when we visited Nashville’s Metro Animal Shelter, where he sat, unwanted, a mature 2 year old dog among puppies, which are viewed as more adoptable. He was literally on death row. We could hardly believe our luck. He was beautiful; perfectly, almost painfully well-behaved, as cool and collected as the puppies around him were fractious and high-strung. He had something of the Buddha about him. We knew an old soul when we saw one, and we brought him home.

He had a remarkable life. He visited the Grand Canyon, stayed in nice hotels, rode through New Orleans in a horse-drawn carriage, swam in the Gulf of Mexico and the Atlantic Ocean, had fans all over the world, killed a possum, and once locked his owners out of their own house. He bore no animosity towards anyone, with the exception of any squirrel within his sight. His dignity was manifest – he did not do tricks, and was clearly offended by costumes of any kind. He did not jump on furniture, beds or people. He was a gentleman through and through.

He was famous – he appeared on stages with us throughout the southeastern US, strolling through the audience to greet everyone before taking his place underneath Barry’s piano. My #nigeloftheday social media posts were inevitably the most popular, most liked and most commented-on. He was beloved – not just by us, but by many people, most especially his dog-whisperer Rachel, who looked after him for long stretches of time while we were on tour and who has been a gift to all three of us. He was my very favorite photographic subject, although he abhorred the camera and only tolerated it out of good manners and love.

On Tuesday night we knew he was at the end of the road. On Wednesday, Barry, Rachel and I gathered around him, gave him some vanilla ice cream, stroked his beautiful black fur hundreds of times, spoke to him softly and told him all the stories of his life. Dr. Regan Harp from Lap of Love Veterinary Hospice, who I am sure is an angel come to earth, joined us and gave him the peaceful and dignified exit he so deserved.

He taught us empathy, patience, manners. He showed us how to express joy, how to love unconditionally, and how to age gracefully. He is utterly irreplaceable; as we often said, he was the Dog of a Lifetime, and we knew it. We are heartbroken. We are also grateful – for the long life he had, most of which we were able to share with him – and for the outpouring of sympathy and love from hundreds of people, many of whom never met him but somehow felt they knew him. And they did – his soul shone right through his eyes, even through the lens of a camera. His soul is free now, but we will never forget the brief decade-and-a-half when he took the form of Dog and chose us to be his family. Goodnight, sweet prince. 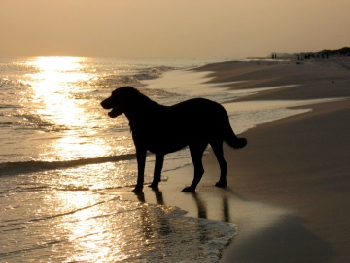