The Night You Wrote That Song:
The Songs of Mickey Newbury 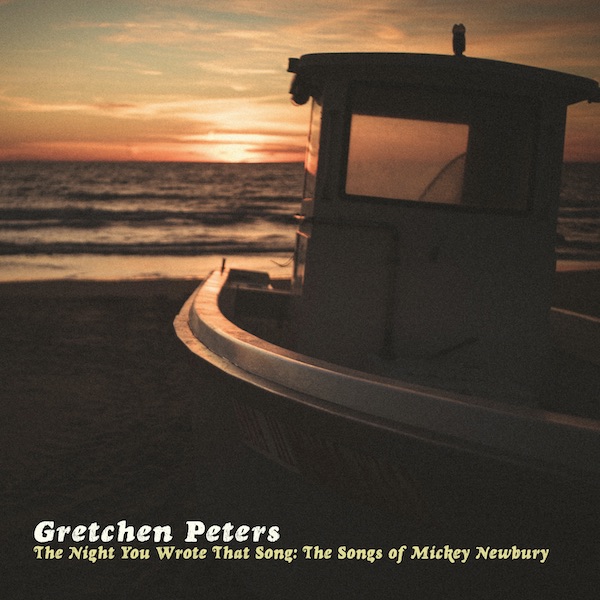 On May 15, beloved Nashville artist Gretchen Peters released her tribute to the legendary songwriter Mickey Newbury, recorded at the historic Cinderella Studios, where Newbury recorded his legendary albums of the late 1960s/early 1970s: Looks Like Rain, Frisco Mabel Joy, and Heaven Help The Child.

A lifelong devotee of Mickey Newbury’s albums as well as his songwriting, Peters chose to record his songs in stripped-down fashion at the same studio where the original magic happened. Guests on the album include Buddy Miller, studio founder and legendary guitarist Wayne Moss, Country Music Hall of Famer and renowned harmonica player Charlie McCoy, Will Kimbrough, Barry Walsh and more.

Praise for The Night You Wrote That Song: The Songs of Mickey Newbury

“The arrangements put Peters’ distinct and precise voice front and center, with restrained enhancements that are all the more effective for it. Here, she gifts one of her heroes the best kind of tribute, where the quality of the performances reciprocates the quality of the songs.” – Associated Press

“Peters shines throughout, delivering them with an authority central to her own experience as a woman and as a songwriter. With The Night You Wrote That Song, Peters gifts Newbury’s songs as evidence of his enduring relevance. And intentionally or not, this album’s contents are a stained-glass window shining light into her own sacred hall of inspiration.” – All Music

“As much as should be made of the vocal performances, equal acclaim should go to Barry Walsh and Will Kimbrough for providing the core soundscape above which Peters floats. Without those trusted musical companions, she might’ve felt less free to pour herself so fully into the images and emotions that Mickey Newbury sketched in the most indelible of inks.” – Folk Alley

“Peters wasn’t interested in copying Newbury’s original arrangements. Those versions are still out there for anyone who wants to find them. Just by bringing a female voice to songs that were mostly recorded by men, she alters them. She further refines them by applying the stripped-down arrangements and lucid enunciation of her own records.” – Nashville Scene

“Listening to these tracks, one quickly witnesses Peters’ sincere appreciation for Newbury’s oeuvre, and she does indeed bring something of herself to these pieces, at least stylistically, and occasionally in terms of depth and perspective.” – No Depression